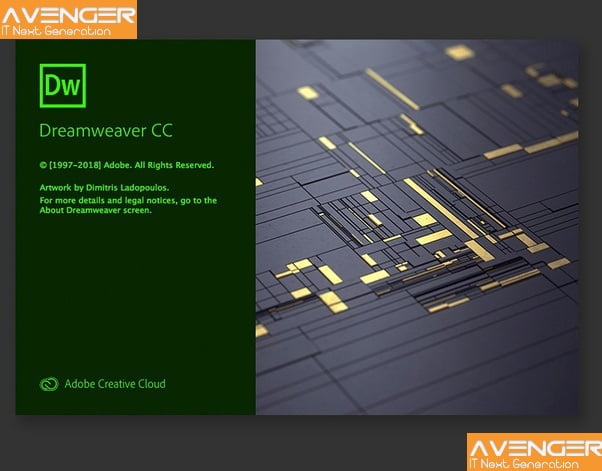 Adobe Dreamweaver is available for the macOS and Windows operating systems.

What is Adobe Dreamweaver?

In response to what is adobe Dreamweaver software, it should be said that DW software, whose previous name was owned by Macromedia company, Macromedia Dreamweaver, is one of the most popular adobe software for site design, so site design with Dreamweaver was considered. As mentioned, it was initially produced and released by Macromedia, but later in 2005, when Adobe bought Macromedia, it continued to produce the software.
Dreamweaver has been released for Windows and Mac, allowing users of both the world’s largest and most popular operating systems to use it.

As you can see in the table above, DW software has tried to solve problems in each version and provide more features during 14 years by presenting different versions. But the latest version, Adobe Dreamweaver CS 5.5, with major changes in the main structure, has provided special features for better management and user interface to users, some of which are mentioned below. Now, what is familiar with Dreamweaver software We will examine its settings extensively throughout the article.

What is the meaning of new and easy website settings with the Dreamweaver program?

In CS5.5, Adobe Dreamweaver makes the process of building a website very easy. When you start building a new site or starting to work on an existing website, it is very important to apply the basic settings of the website through a window like the one below. New Website Construction Window (Site> New Site) requires entering 2 fields, the first field is considered as the name of your website and the second field specifies the physical address of the folder where the contents of your site will be located. Took.

What is the meaning of web server connection settings in Dreamweaver software?


On the left side of the Site Setup window menu is a dialog that offers special features to the user in using FTP. This new dialog also allows the user to configure multiple web servers so that the user can use one server to test their website and another server to launch the main website.
To do this, just enter the Servers section in the Site setup window and then click on the + option and enter your server address.

If you click on Advanced Settings in the Site setup window, you will encounter many special features and capabilities. One of these features is the ability to set images from a folder in the local system. By specifying an image folder, the Dreamweaver program then adds all the images added to the web page in the corresponding folder.
In the Advanced Setting section, you can also enable some special options such as spry assets, Version Control, Cloaking, Contribute settings, and many other features.

We hope that by reading our article you have become familiar with the concept of what Dreamweaver is.

Working with Digital marketing, SEO services, and website design and Migrating services to PWA with a highly experienced team for years, َAvenger IT Next Generation has been able to meet the needs of people in various businesses and help businesses grow. Continuously updating their level of knowledge and exploring different markets has surpassed the pioneers in this field and incorporate successful experiences into their careers.

Avenger IT Next Generation is a progressive and insightful design agency, technically and creatively skilled to translate your brand into its best digital self. Our design and development approach creates impactful, engaging brands, and immersive digital experiences that bring you a return on creativity, call with us.

The network services section of Avenger IT Next Generation has three main titles:

These services take the form of short and long-term contracts for network support and maintenance and in the form of projects and cases in the field of consulting and the implementation of networks for businesses, institutions, various industries. , medical and educational centers, large commercial office complexes, petrochemicals, factories, small organizations. , Medium and large, and is provided.