What is an internet robot? How do malicious bots work

In this short article, we will introduce the Internet bot and its specific type, malicious robots. Internet robot is a software program that performs automated and repetitive tasks on the Internet. An Internet bot is also known as a web robot, www robot or just bot. Usually, the internet robot does things that are both simple and structurally repetitive. Robots do things much faster than humans.
The most common use of robots is in a web crawler, where an automated script fetches, analyzes, and archives file information from web servers. The robot does this at a rate several times faster than the human user. More than half of all web traffic is caused by the Internet robot.
Some robots communicate with users of other Internet-based services. This connection can be through web interfaces such as Facebook robots and Twitter bots. These interactive robots allow people to ask questions in English and then provide an appropriate answer. Robots can handle many tasks. Including weather reports, postcode information, currency conversion and more. Some of the other robots are merely entertainment. There is a lot of controversy over the use of robots in business.
Destructive purposes
One of the destructive applications of robots is to coordinate and carry out automatic attacks on the computers on the network. Among these attacks are robots deprived of service. Internet robots are also made to play tricks under the names of game robots. A spambot is an internet robot that aims to spam a lot of content on the internet, especially by adding links. Over 5% of websites have experienced a bot attack.

1. Spambot the e-mail address from Contacts or manual pages is extracted.
2. Downloader software that gathers bandwidth by downloading entire websites.٫
3. Viruses and worms
4. Service deprivation operations
5. Botnets, zombie computers and more٫
6. Services that hijack the content of websites and use them without permission.

The number and variety of malicious robots are huge. There are malicious robots that enter the forums or internet forums. The robot automatically posted to the discussion disturbed and angry. Some users baht to increase the number of videos viewed on YouTube have also made.

Ways to deal with malicious robots

How to deal with malicious robots? Is there a technique for countering the internet robot that is made for malicious purposes? The most commonly used technique is to use a CAPTCHA code. This code is required to distinguish between human users and simple robots. CAPTCHA is encrypted text that is visible to human users. However, is it possible for robots to recognize these characters as well? What then? 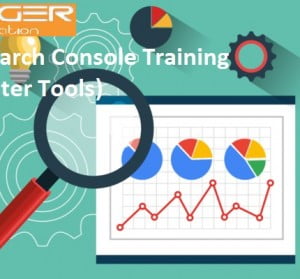 Preface: What is a Robots.txt file? What effect does SEO have? The Robots.txt file is a text file that webmasters can use to guide search engine robots when monitoring a website. The …

what is robots txt(robot . txt)? and how effect in SEO? Read More »

Preface: is Local SEO important? 12 Points in Local SEO Local SEO (LSEO) is a powerful digital marketing strategy where site owners target local customers. If you don’t show up in your …

Preface can you start without SEO guideline(s)? If your interest in learning SEO, it is to the point that it goes beyond you and encourages you to practice and test …

SEO guideline for beginners from A to Z Read More »

Preface: What is a bot chatbot internet bot need to know? What is the Bot? A bot (short for “robot”) is an automated program that runs over the Internet. Some …